We’ve been writing about albums more than individual tracks and without realising suddenly there’s loads to catch up. So without further ado, here’s the new one from Fujiya & Miyagi. It’s the first track to be shared from EP2, the follow up to EP1 which came out earlier this year. The track’s called Outstripping (The Speed of Light) and is out on 28th October. Fujiya & Miyagi have also announced a mini tour taking in Paris, Istanbul, Barcelona and Bristol, ending up in Brighton at The Haunt on 11th November:

END_OF_DOCUMENT_TOKEN_TO_BE_REPLACED 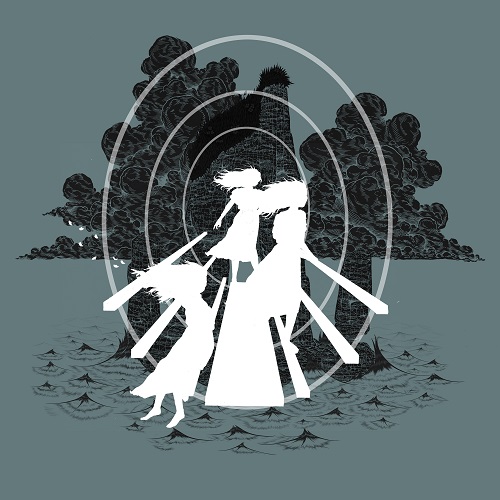 Brighton Dome’s Spectrum nights put on a monthly collection of new music and are always good value and pretty interesting. Last night we had five bands for five pounds at the Dome Studio Theatre. Kicking off proceedings were the excellent indie … Continue reading →

We’re still on catchup (I think we will be for a while yet) but until we do a proper roundup of everything, here’s a couple of our favourite bands with their new releases.

Sea Bed‘s new 12″ Akira doesn’t come out until 2nd October, but they’ve shared the track on Soundcloud to give us a taster now. The flipside is apparently Caves, which we heard on their Rosso EP – hopefully it’s a new version for this release. You can pre-order the record here.

IYES released their new EP Part One on friday. We already posted up a couple of the tracks a few weeks ago, but they’ve also shared the rest of the EP on Soundcloud. Tracks three and four are the acoustic, heartfelt No Love and the poppier Lions. You can buy the EP from iTunes here:

Spectrum in association with Resident records are putting on monthly gig’s of new Brighton music, following on from the long series of similar events they curated with Source magazine. October’s gig at the Dome Studio Theatre featured four bands on … Continue reading →

Here’s this week’s new music roundup, as much of a mixed bag as ever, showing the fantastic diversity of this city.

Our first track is the new single from Dog in the Snow, which comes out on 22nd September on Tidal Wave Sounds. We posted up the live video of Africa which did the rounds at the end of last year, which was almost studio quality, but Helen Brown has gone into the studio and made it sound even better. There’s going to be a launch party for the single at the Green Door Store on 24th September, which support from Momotaro and Winston & Goldstein.

Nick Cave and the Bad Seeds have a new single coming out on 1th November, taken from Nick Cave’s 20,000 Days on Earth film. A 10″ of Give us a Kiss is coming out on 10″, backed with a live version of Jubilee Street from last year’s Push The Sky Away album.

Afterthought is the b-side to Troves debut single Youth in Decay which we featured a few weeks ago. More details have emerged about the single – it’s coming out on 29th September as the first release in over seven years from Suede’s former label Nude Records.

We spotted a remix of The Mojo Fins‘ Longwave Reach from Bristol’s Atki2 on Soundcloud last week, which gives the track a solid house beat:

Normanton Street have got a new EP out soon, entitled “Much Respect”, which their facebook cover photo tells is us being launched with a gig at The Haunt on 31st October.  A video has emerged for a track called Waiting which presume is going to be on the EP, but there’s nothing on the video or anywhere else online that we can see to confirm that just yet:

Last, and by no means least is a teaser video for a new collaboration between Brighton Music Blog favourites GAPS and Maya Jane Coles. A four track EP called In Dark, In Day has been released today and is available exclusively through Beatport. 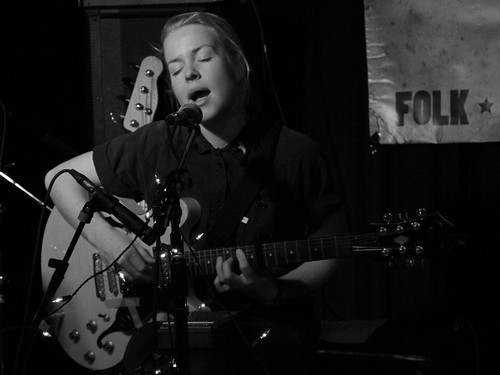 We’ve got a bumper New Music post this week, with seven new tracks to share. First up is Lion Bark with a video for their track Longhorns, which originally appeared on Soundcloud back in November:

We mentioned Foreign Skin’s remix of the new GAPS single I Know It’s You last week, but that was just a preview (which we updated when the full remix got posted), and we like it so much that we thought we’d give it another mention:

Fickle Friends are having a launch party for their debut single Swim tonight at the Green Door Store. In advance of that they’ve posted up a remix of the track – Soundcloud describes it as the Paperwhite remix, but we’re not sure if that’s just a name that they’ve given it or whether paperwhite is an act without any presence on the internet as yet:

Lonesome Heights new single is out on 8th February. It’s nearly four minutes of fresh indie guitar pop and it’s called Come out Swinging. The band will be supporting Wave Pictures at the Green Door Store, which happens to coincide with the release date:

Half Hour Hotel have put up a new song onto Soundcloud. The anthemic indie track is called Warcry and you can grab it as a free download via the band’s facebook page. Half Hour Hotel will be supporting The Boxer Rebellion at Coalition on 4th February.

Finally we have the video for Bodies, the new single by Woodland Blue, which you can buy on iTunes here.

I’ve done my best to attend the Juice and Source new music nights religiously since I started the blog, so when this month came around and they both ended up on the same night, I was in a bit of a quandary. There was only one thing for it – attend both nights. The Juice night started a little bit earlier and finished a bit later, so my plan was to get to the Haunt for the opening act, then head over to the Pavilion Theatre, then back to the Source for their headliner. END_OF_DOCUMENT_TOKEN_TO_BE_REPLACED