We’re running a bit late because we’ve been away for a few days – apologies for the break in service. It feels like only a few weeks ago since we dedicated a New Music Post to new releases from two Fujiya & Miyagi offshoots, but here we are again, kicking off this week’s post with another two:

It feels like it’s been a little while since our last New Music Roundup, what with the last few posts being the gig preview for the month a Brighton Rocks, and the Kitfest gallery, so we’ve got a lot of catching up to do:

Yesterday a charity concert was held at St George’s Church in Kemptown for the Kit Tarka Foundation, MC’ed by David Shrigley, with Fujiya & Miyagi and Alice Russell & TM Juke at the top of the bill, and Gloria Cycles and The Miserable Rich reforming especially for the event. The Kit Tarka Foundation was set up around a year ago following the tragic early death of The Miserable Rich lead singer James de Maplequet’s baby son, and the evening wasn’t without it’s emotional moments, but the evening was a celebration for what would have been Kit’s first birthday. Our words can’t do the event justice, but hopefully our pictures can go some way there. Click through for larger versions: END_OF_DOCUMENT_TOKEN_TO_BE_REPLACED 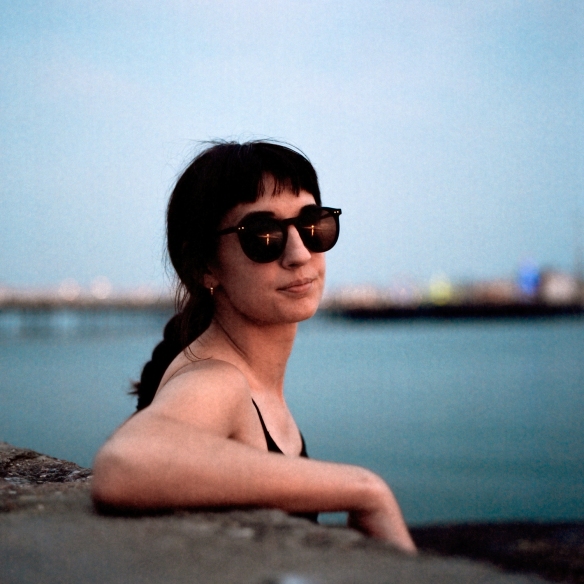 What’s the best thing about Brighton?
Brighton would not be what it is without the people… but love the starlings flying about by West Pier, also sitting in Pavilion Gardens with friends on a sunny day. I also love the buildings in Brighton and the graffiti. END_OF_DOCUMENT_TOKEN_TO_BE_REPLACED

It’s the third of September, which means we’re overdue for our September gig preview post.

The big gig to mention this month though is Kitfest, taking place at St George’s Church on Saturday 15th September. It’s in aid of the Kit Tarka Foundation, a charity set up by The Miserable Rich lead singer James De Malplaquet following the sad early passing of his son at just thirteen days old. The Miserable Rich have been on hiatus for a few years but are reforming for the concert which sees Fujiya & Miyagi (playing their only Brighton gig of the year) and Alice Russell & TM Juke at the top of the bill for the evening, which will be MCed by David Shrigley. Gloria Cycles are also reforming for the night – newcomers to Brighton might know the name from the vintage sign in the Basketmakers, but Gloria Cycles was also the name of one of the city’s top bands around ten years ago – alongside Jess Bishop, We Bop Choir and 1BTN DJs. END_OF_DOCUMENT_TOKEN_TO_BE_REPLACED

Here’s this week’s New Music roundup, kicking off with two acts who have albums out imminently, so look out for them.

Artist: The Daniel Wakeford Experience
Track Name: Pub Nights to the British Holidays
Taken From: That’s How I See It album
Release Date: single out now, album out 28th September
Next Gig: Saturday 24th November at The Haunt (although if you’ve pre-ordered the album from their website, you may be in with a chance of attending the private launch on the i360 in a couple of weeks)https://open.spotify.com/embed/album/5IvHpLW6NmFV11g7ELKHS0 END_OF_DOCUMENT_TOKEN_TO_BE_REPLACED