Here’s this week’s new music, coming on a Saturday rather than midweek, so we’ve caught all the tracks that just dropped yesterday too, including tunes from the new albums by previous Brighton Rocks subjects Dog in the Snow and Animal House (and a new video from BUNKR too). Anyway, onto the music:

At the end of the words I wrote for last month’s Bleeding Hearts Club, I said that I would definitely be heading back at some point. I didn’t know at the time that it would be quite so soon, but there were a few bands on this month’s line up that caught my eye.

First up was Ampersand – I featured the video for his new single 20 Seas 4 Oceans in my Media Roundup post about a fortnight ago. Better known as Matt Hainsby from Fujiya & Miyagi, Ampersand plays beguiling solo acoustic pop music. He supplemented his guitar with the occasional loop and sample fired on some foot pedals, but it really was all about his voice and his playing. The single lollops along like a lazy stripped down Fujiya & Miyagi transported to the west coast of America. The other tracks didn’t really hint at krautrock at all and sounded a bit more retro; I’d go so far as to say that on the last song I was getting a bit of Roy Orbison. I was impressed enough to buy the 7″ of 20 Seas 4 Oceans that was for sale. If the song wasn’t enough, the record also comes with a rather beautiful gocco Ampersand print made on very thin wood. You can buy it from the Great Pop Supplement website. 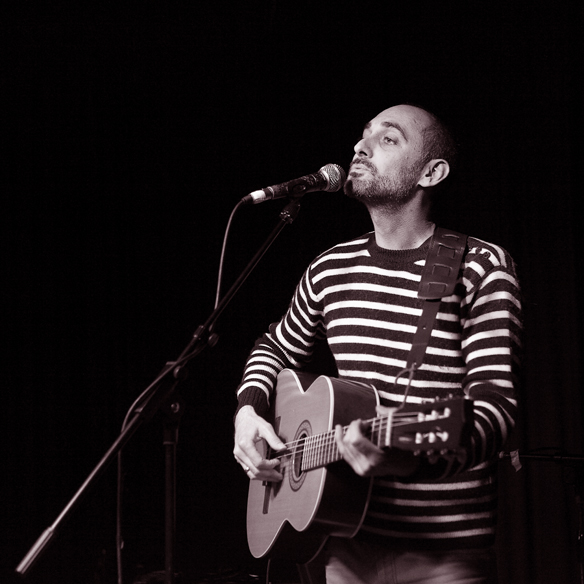 Next up were Naomi Hates Humans. They’re not from Brighton, and it was their penultimate gig, so even if I was moved sufficiently to tell you that you must go and seek them out (which to be honest, I wasn’t really), it would all be too late. So I’ll move swiftly onto Kate Daisy Grant. My first impression of Kate was a very child like quality – a toy piano can do that. In the space of four songs though, the instrumentation became less important, and some top songs and an amazing voice shone through. The last track was especially good – with the addition of some lush strings and a big trip hop remix it could easily be the next bond theme.

Kate’s accompaniment was headliner Nick Pynn, who’s one of the great unsung heroes of the music world, playing and touring with some of the biggest names in rock, pop and, er, comedy over the past twenty years. We were treated to a short solo set at Monday’s night gig which consisted of a couple of songs on the fiddle, one one a handmade Appalachian Mountain dulcimer, and one on cocolele – a ukelele with half a coconut shell for the body! This was a virtuoso not a novelty set though, and a fantastic way to round off the night.