As Rob has been meticulously drip-feeding his top twenty from 2014 into the blog over the last few weeks, I thought I’d provide an alternative listing just to show the diversity of our blogging tastes. That meant, no duplication with the Rob-o-Sphere, and so out went Curxes, Cate Ferris, Fear of Men, all of which were excellent in my book.

That left me with the following selections capturing ten (well, eleven) of the brilliant sounds and songs that emerged from our fair city over the last year in a shambling semblance/pretence of order:

These terrible twins have been drip-feeding the cosmos with some ace songs, but this was the killer track for me released on a vinyl 7 inch and with some super Brighton-relevant rapping from Rory P.

2 yourgardenday – Something in the Music

A gorgeous plea for tolerance and harmony and a love of music, this had a limited release last year as lead track on Robin Coward’s Flat Stream EP, finally getting a full on-line release this summer.

An adorable band writing some adorable songs, this slunk of 70s soul has a great chorus and a charming video in which the band spend the whole song hugging Brighton people. Did I say it was adorable?

Released right at the tail end of last year, this came from the Simple Things EP that accompanied Sharon’s excellent album, a melancholic tale of domestic violence, harsh but beautiful.

This band write some classic pop and none better than this – the self-named winner from their first EP which came out this summer.

Singer-songwriter who had her debut EP re-released by Hidden Trail Records this year, from whence came this song, and also released an excellent covers EP. Ellie Ford is a singer who just gets better and better and her debut album should come out next year.

This track comes from their album titled ‘Synth + Drums + Noise + Space’ which kind of sums up their sound without the excitement of their stunning live shows.

8 Slum of Legs – Razorblade the tape

This band are manic live, and their initial punky 7″ single on the Tuff Enuff label captures just half of this energy. This was the b-side.

From one of three EPs released on the same day, this was one of the proper songs rather than the underwater experimental or live tracks, but like so much of Miller’s work it sounded magical.

‘Wasted’ is a classic rambling country song sung by the gorgeous tones of Kate Gerrard and hit all the right notes in my book.

Shamelssly squeezing an eleventh song into my top ten I’ll come clean and admit that I had a hand in ‘Dave’, but it’s a song that ought to resonate in 2015 it being election year. Ripe for a cover, but for now we have this. 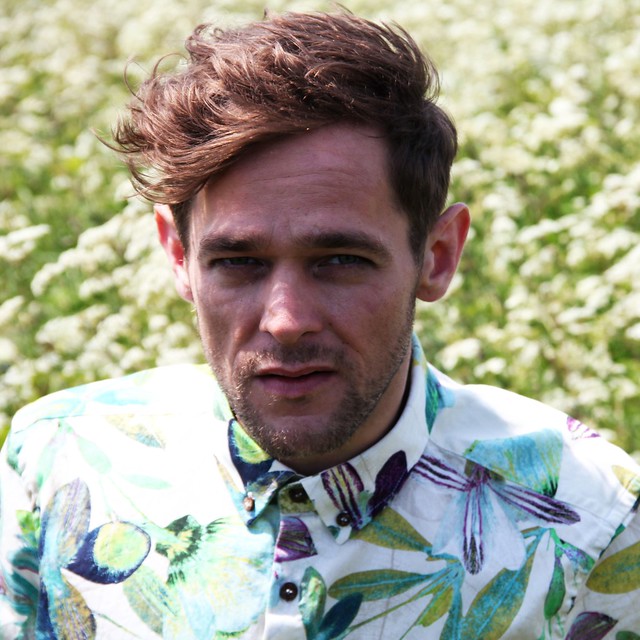 Robin Coward’s award-winning yourgardenday released the Flat Stream EP over a year ago in a limited edition CD. It’s a brilliant collection of songs and is now getting its well-deserved digital release (via itunes, amazon, play etc) on Monday.

There’s a hometown launch gig in Brighton on Friday 7th November from 7:30pm at the Latest Music bar in Kemp Town. Entry is free if you show them the download of the EP on your mobile device, or it’s a suggested £3 donation.

News just in: the lovely Robin Coward’s yourgardenday have been announced as joint winners of The Song competition for unsigned songwriters run by the Convent, coming joint first out of around 1000 entries. Hopefully this will mean they will have the support and resources now to complete their album and get that released. Very well done to Robin and Sam and the lads.

If you haven’t heard their Flat Stream EP from last year, you can listen to it here

Robin Coward and his band yourgardenday launched their new EP ‘flat stream’ at St Andrew’s Church on Friday night. They were ably supported by an array of extrordinary Brighton talent in the form of Sophie Reid, Zoe Hazel and Bella Kardasis.

Brighton Music Blog was there to witness a celebration of new local music.

All photographs are by Jon Southcoasting.

The Gnomes are about

Robin Coward, our host for the evening

The band play on

Anyone who knows the Brighton music scene will probably have come across Robin Coward. Currently empresario of three weekly open mic spots, he was also the mesmerising keyboardist accompanying Martin Rossiter at his recent gigs. And now he’s releasing an EP of five songs by his band yourgardenday that are star quality and should knock your socks off.

Rather than go through a label, Robin’s taking the independent route and initially releasing the ‘Flat Stream’ EP through a pledge music project. The 5-track EP is full of Robin’s characteristic quirky, bright and intelligent songs with a unifying aim to “reconnect with simpler times”, all wrapped up in some superb musicianship. The EP’s being launched at a hometown gig at St Andrew’s Church in Hove on Friday August 23rd, one of a few really unique and special venues Robin’s playing at in a little week-long national launch tour. BMB will be present to report and it comes highly recommended.

In an original move, Robin’s selling tickets for the gig with a copy of the EP through the pledge music site (and there are discounts for couples who only want one copy of the EP). You can also buy some additional items, such as becoming a “metrognome” and acquiring a goodybag of yourgardenday exclusives. Or maybe you fancy one of the ten remaining copies of the first yourgardenday EP signed and hand-delivered? Nice!

Listen to ‘Lover, do you mind? from the new EP

ps BMB would like to declare an interest in this release. Contributor Jon Southcoasting is responsible for the excellent photographs being used by Robin for the EP and launch