Here’s a few bits and pieces that we’ve come across this week. Gnarwolves and Octopuses have the launches for their releases this weekend (see our previous post), so if you like what you hear, make sure you catch them live.

First up is the new single from Martin Rossiter. No One Left To Blame, one of the standout tracks from last year’s The Defenestration of St Martin, will be released on September 16th, but the rather chilly video is up now:

Moving from chiller to thriller, the next video is for Sun by Us Baby Bear Bones, which features on their What Starts With a U Ends With An I EP, which is available to buy via the band’s website.

Funemployed is the new EP from Gnarwolves. The band have their launch party at the Green Door Store on saturday night, and the EP sounds like this:

Octopuses launch their new single Sarcastic at the Prince Albert tonight. The track’s up on Soundcloud, and you can listen here:

I need to preface the review of tonight with a bit of an admission – I’m not really a fan of really heavy music. I’m not an angry man, and when push comes to shove I haven’t had life too bad. I don’t really identify with all that – it’s another world. In my write up of last year’s Sea Monsters, I dodged this issue and put up a gallery instead. Maybe this year I should write things up through this prism. 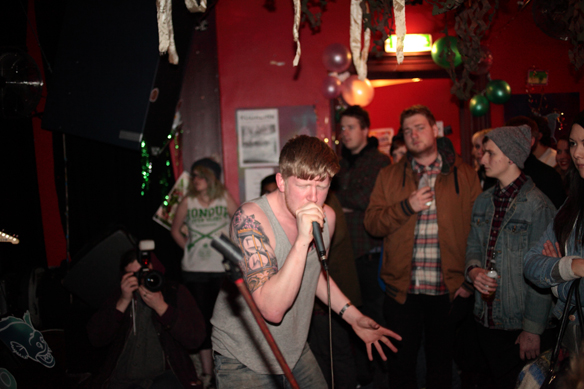 If Heroes Should Fail

I missed Loose Lips – it’s still a bit snowy in the back streets behind Coombe Road, and I was digging a car out of the snow. I arrived in time for If Heroes Should Fail, who were very angry. I’m not quite sure what they were very angry about, because I couldn’t make out a word of what was being said. The vocals reminded me of a toddler having a tantrum, where you couldn’t work out what they were upset about because they were incomprehensible through the crying. Solid rhythm section though. 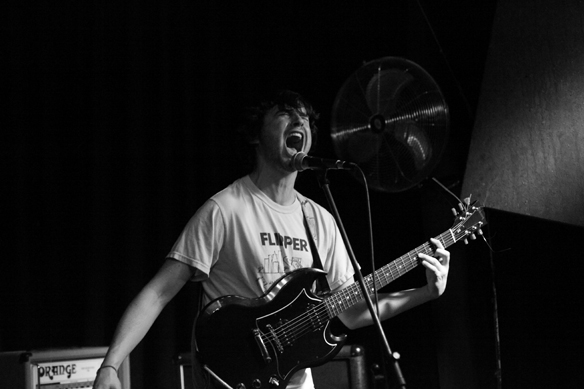 Next up were Broker. They were angry too, but they went to the trouble of explaining what their songs were about. They were less cliched too – less about vests and tattoos, and the note I made midway through the gig said “Bassist moustache envy”.

The last band of the night were Gnarwolves, who were less hardcore punk, and more punk pop. They came on stage and the audience  surged forward. Their tunes were far more melodic and accessible, but they still rocked hard. So hard in fact that they managed to break a guitar. A loan from one of the other bands saw them swiftly resume their set. The crowd were getting kind of crazy, so I made a quick exit while my camera was in one piece.