So, that’s your lot. Six days of gigs, with an incredibly diverse line up, showcasing some of the best that Brighton has to offer. Thanks to One Inch Badge, The Prince Albert, and all of the bands.

The final night started off with The Physics House Band, who were kind of prog jazz, with arpeggiated wigouts with time signatures changing all over the shop. It would appear that this music didn’t die in the late 70s, it just went to sleep for thirty years and grew some balls in the meantime. 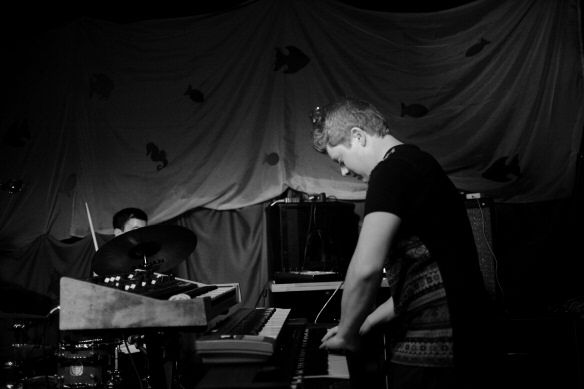 The second band were equally baffling on a line up which was predominantly indie. The Squadron Leaders were three middle aged men making authentic instrumental Surf Rock (almost) like they used to in the fifties. I say almost, because there was a bit of bass and the odd sample being fired of stage, but aside from that it was a basic twang guitar, sax and drums. Fans of Dick Dale, Link Wray or The Ventures would be impressed. I loved it, but then I’ve been hiding my passion for surf rock for a good few years now. 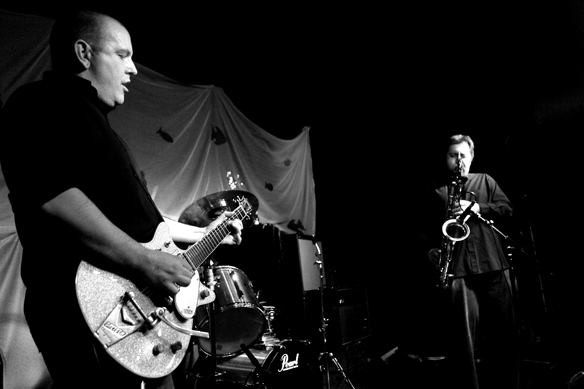 If The Physics Band went back to the 70s for their blueprint, and The Squadron Leaders looked at the 50s, it was like Us Baby Bear Bones hadn’t even seen the rulebook. Most bands on over the festival didn’t stray too far from the typical guitar / guitar / bass / drums – Admittedly, a few dropped one from the list, and some added keyboards, but overall there weren’t many surprises. However, each member of Us Bear Baby Bones had at least three instruments in front of them – Front woman Puff had two microphones (one of which should have been run through a sampler, but technical difficulties beset them), a clarinet and a tom tom, Daisy had several keyboards and an autoharp, and Luke was playing guitar, sampler and glockenspiel. Did I say front woman? Yes, UBBB were one of only two bands on the whole bill fronted by a woman (the other being Fear of Men). Musically, they play dreamy, yet ambitious pop. If you wanted some kind of reference point, I might mention Bat For Lashes, but also tell you that UBBB are much more magical, and that the comparison can tell you only so much and you really ought to listen to them to know what they’re like; Except the only track released into the wild so far is Rain, which is on the Sea Monsters compilation. The new stuff is being released on the 10th of Feb (coinciding with their next gig at The Hope), so you’ll have to wait until then to hear some more. 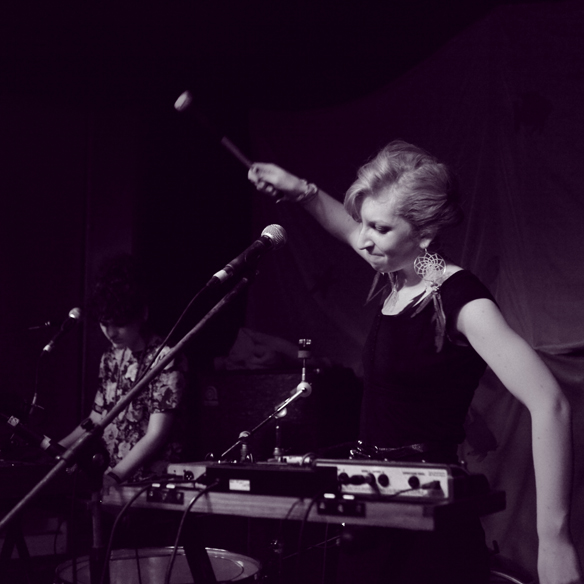 The last band of the festival was Tall Ships, and they had The Albert ram packed for their set of angular indie songs with post-rock breakdowns. They were an ideal band to finish things up, getting the crowd more animated than they had been all week. 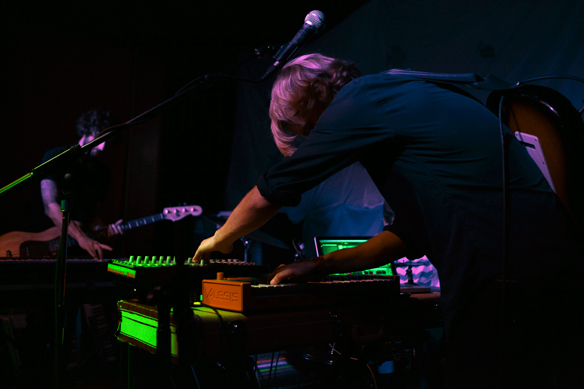 So that was Sea Monsters. I heard a lot of great music and discovered a lot of amazing new bands. The highlights for me were some of the bands who broke the mould – Us Baby Bear Bones, Restlesslist, and Speak Galactic – who obviously felt music so strongly that it just couldn’t be expressed in traditional ways.

How long until Sea Monsters 3?