There are a lot of excellent women writing and recording songs around Brighton at the moment and Elin Ivarsson has joined the top rank with her self-titled debut album, released last month on local Hidden Trail Records.

Opening song ‘Leaving song’ is a beguiling pop-folk ditty, wherein the singer proclaims she’d rather be alone than be with the person she’s leaving. It’s arrangement is light and joyful, and typifies Elin’s Swedish-born sound.

Thereafter the ten songs on her album pick up a delightful range of soulful, folk-influenced tunes. Elin has a warm deep tone, sometimes sounding like she’s telling fairy-tales, like in the charming dancing ‘Luka’, other times sparse and moving. There are some beautiful arrangements to the songs, with gorgeous strings from the likes of Willkommen’s Will Calderbank, which make a song like ‘Lotty’ delightful.

Other favourites include the excellent ‘Sunday 5am’ with it’s keen observations on bedsit living and references to The Well-Tempered Clavier and Edgar Allen Poe. Or ‘Laurels’, a bouncy joyful meditation on living and loving, with some gorgeous violin from Andrew Stuart-Buttle. Or ‘Another day will come’, a yearning moving discourse between movement and stillness, of freedom and entrapment. However, it’s hard to pick a favourite as the full set is uniformly excellent.

All in all a very find debut and well worth your time.

Listen to ‘Leaving Song’ below, recorded for Stripped Back Bare sessions. You can hear the full album and purchase it from the Bandcamp website  https://hiddentrailrecords.bandcamp.com/album/elin-ivarsson 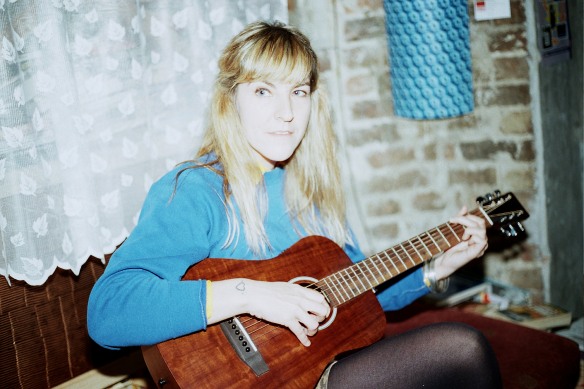 There’s a whole crop of terrific female singers coming out with some beautiful records in Brighton at the moment and we’ll try to blog about a few of them.

First off is this lovely EP by the enigmatic Jane Gilbert. We don’t know much about Jane except that she’s originally from Scotland but now living in Brighton and she’s produced a beautiful collection of songs that excel at promoting her gorgeous voice and top class songwriting chops. Sounding something like a cross between early 70s California and mid-2000s Portland, but very much her own self, think Joni MItchell crossed with Alela Diane The former illustrated well in the opening song ‘Better Man’, the video for which is below, and the latter in the superb sparsely delicate closer ‘Coloured Sky’.

You can hear Jane perform her songs live at The Greys on Tuesday 22nd March (free entry).

And her EP can be purchased for download over at bandcamp

Tomorrow (Thursday) in that pleasantly quiet gap between Xmas excess and New Year exuberance there will be a little local celebration of the brilliant singer-songwriter Tim Hardin.

Tim Hardin was born 70 years ago on 23 December, and died on this day (29th Dec) at the age of 39, having written such classics as If I were a Carpenter, Reason to Believe, Black Sheep Boy etc. Local acts Hiawatha Telephone Company, Antony Hodgson and Simon Drinkwater plus friends will be playing their own songs, select covers and an assortment of Tim Hardin tunes at the small but perfectly formed Horse and Groom Pub in Islingword Road. Should make for a very pleasant evening, and if you haven’t heard any Hardin songs before then you’ll be in for a treat.

It all starts around 8:30pm and entry is free.