This week saw the release of The Fall and Rise of Crayola Lectern on Bleeding Hearts Recordings, and last night they held the launch party at The Brunswick.

Do You Feel What I Feel Deer?

Support came from Do You Feel What I Feel Deer, fresh from supporting British Sea Power on tour as part of Milk & Biscuits. When I’ve seen them in this incarnation live before, they’ve been accompanied by a small string section, but last night Eleanor and Rachel were playing as a duo. Stripped of their accompaniment the arrangements were a little more sparse, but no less haunting. Close harmonies and acoustic, twisted backing on guitar and autoharp were order of the day. They only played a short set, which included Silence which is being released as a single in July which the band recently filmed a video for, and ended with last year’s download Save Your Heart.

These days proper intervals in the main feature have all but disappeared, unless you’re at a theatre. Cinemas now project films digitally so there’s no need to swap reels halfway through, and music is for the most part digested in the form of a compact disc or a digital stream. The Fall and Rise of Crayola Lectern was conceived as a good old fashioned long player though, where getting up to turn the record over is as much a part of the experience as the music itself, so for his album launch Crayola Lectern split their set in two with each part being a run through of each half of the album, nearly. Last night’s version of the band was just Chris Anderson and Alistair Strachan (although tomorrow night’s London launch gets the full complement of album contributors) – Chris on upright piano and guitar on Trip in D and Fall and Rise, and Alistair on trumpet, keyboard, and all kinds of percussion. The piano playing was sublime, and and to describe Alistair’s contribution as trumpet playing doesn’t do justice to range of sounds that were made. The first half ended with non-album track and live favourite Barbara’s Persecution Complex – I understand that Crayola Lectern have another couple of album’s worth of material so hopefully this will get a full release at some point. The second half kicked off with Trip in D, the psychedelic high point of the album, which has in the past formed the entire basis of improvised gigs but tonight only lasted for a few minutes. Later, the album’s title track sounded more in tune with the more experimental tracks last night rather than the film soundtrack it could be on the record. After rounding off the second half of the record to a room full off applause, Chris and Alistair rejoined the stage for a triumphant rendition of Combobulatory Explorations (from the first half, but not played because of the inclusion of Barbara’s Persectution Complex). It’s one of the boldest and most intricate tracks and was a superb end to the night. 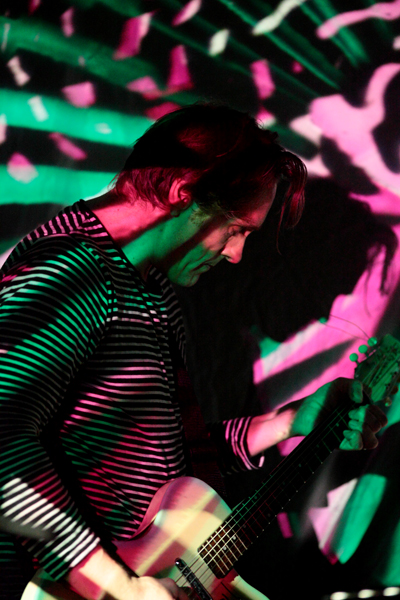 On Friday night, Brighton’s Willkommen collective hosted another of their mini-ECHO festivals with a headliner Damo Suzuki of CAN backed by some of Brighton’s finest young musicians.

The show featured an amazing supporting line up: Sons of Noel and Adrian, Soccer 96 and (from London) Eyes & No Eyes, all perfect headliners in their own right. The music was amazing, and there were also visuals supplied by the Innerstrings Psychedelic Lightshow. A definite candidate for one of the gigs of the year.

Jon Southcoasting was there to take some pictures. 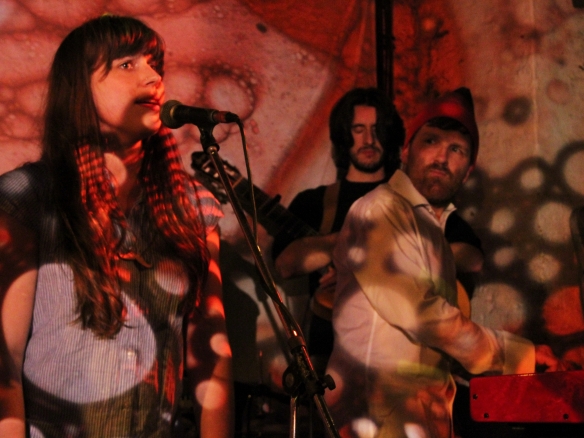 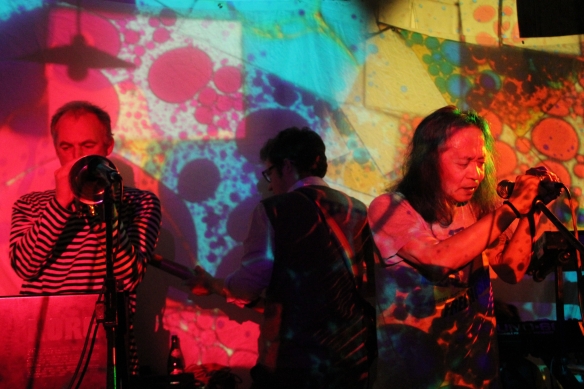 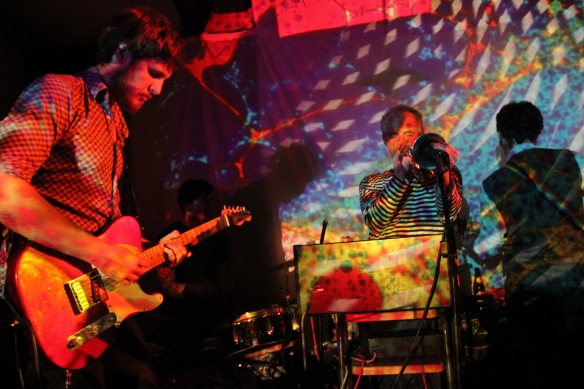 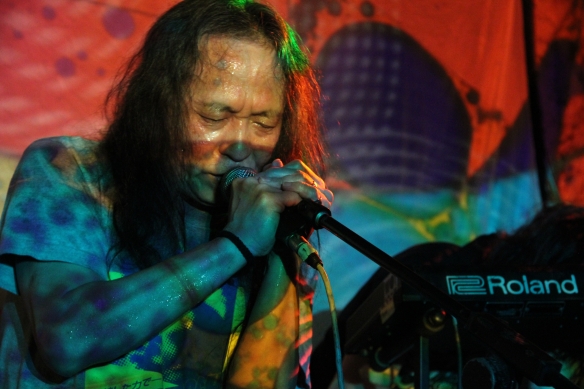