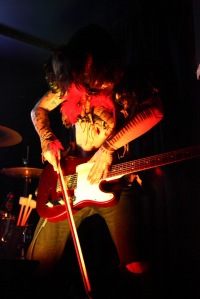 This week Nordic Giants head out on tour with Irish post rock band God is an Astronaut, where they play their first Brighton gig since the launch of their awesome Build Seas / Dismantle Suns double EP last October. The tour takes in Glasgow, Leeds, Nottingham and Birmingham before arriving in Brighton next Sunday 16th March, where they play The Haunt.

A few weeks later the band are heading up to London to play one of their most important gigs yet headlining Cargo on 1st May.

Next month, Esben & The Witch release a split 12″ with Thought Forms on Invada records. It was premiered a couple of weeks ago on Stereogum, but now the stream is available for us to share too. The release of No Dog on 7th April comes in advance of the band heading into the studio in the summer with the legendary Steve Albini for an album pencilled in for autumn this year. More news on that as we hear of it, but in the meantime, here’s the audio of No Dog: