We haven’t done a new album post in a few months, so it’s about time we stopped and looked at what local albums have come out recently, and what’s coming up.

Last night, Time for T launched their debut album Hoping, Something, Anything at the Rialto. There’s a new single, Ronda, which you can see below:

The Dials new album That Was The Future comes out on 13th October, but will be sent out early if you pre-order from the band’s website. You haven’t missed the launch gig for this album yet though – that’s on 6th October at The Hope & Ruin.

Ghost on the Stairs is the new album by Meemo Comma, the latest alias of Lara Rix-Martin who runs record label Objects Ltd, which puts out electronic music from an exclusively women and non-binary roster. The album has been out a couple of weeks already and if you want to hear more of her brand of ambitious electronica, you can catch her headlining Spectrum at the Basement on 30th September.

The New Faith launch their new album Me On You with a gig at the Brighthelm Centre on 13th October. As well as entrance, your ticket will also provide you with two beers, which is certainly something that appeals to us. The album includes previous singles Too Sad to be Young and Fritter Away: 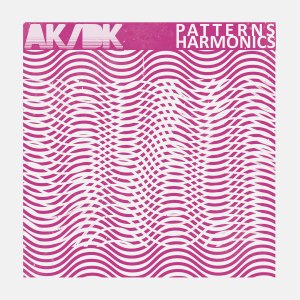 The new AK/DK album comes out on October 20th. It’s called Patterns Harmonics, and includes Morphology, the track we included in our most recent New Music post last week. You can pre-order the album now via their bandcamp page on digital download, cd or lush looking white vinyl. The band are off on a mini-tour to launch it at the end of October, kicking off with a gig at the Green Door Store on 24th. AK/DK are arguably one of Brighton’s best live bands – you’ll definitely see us down the front of this gig.

Next, news of a new old album. Fujiya & Miyagi‘s breakthrough album Transparent Things originally came out in 2006, but never got a vinyl release at the time. Unthinkable now, but a lot has changed in the last eleven years. The reissue (available to preorder here) is coming out on transparent vinyl, obviously, as well as on cd and download. If you bought it first time around and are wondering what’s in the reissue for you, it also comes with Reeboks in Heaven, which was a bonus track on the US release, and Different Blades from the Same Pair of Scissors, a running mix made for Nike in 2011. To celebrate, the band are playing a handful of gigs, including one at Patterns on 7th December. The first non-festival gig we saw Fujiya & Miyagi at was at Patterns, when it was still Audio, which kicked off our long standing love of the band, so this should be pretty special.

Kev Minney launched his album Stories of the Sky with a gig at Café Plenty last Saturday, after releasing his album the day before. You can pick up his album via his website, or the usual digital outlets.