Thursday night was the last Source New Music of the year, and the last for a few months until they return in February 2013 – like Source Magazine, the night is taking a well earned break in January. 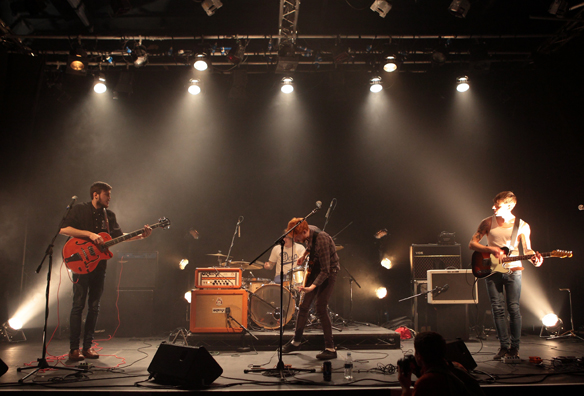 I arrived midway through Wildcat Strike’s set, which I was quite enjoying – really rather good post / math rock, nice and tight – and then the vocals came in. I say vocals, it was just shouting. Not exclamations of anger or any other emotion, just shouting. It’s a shame because aside from the vocals, Wildcat strike were really tight and made a fantastic sound. 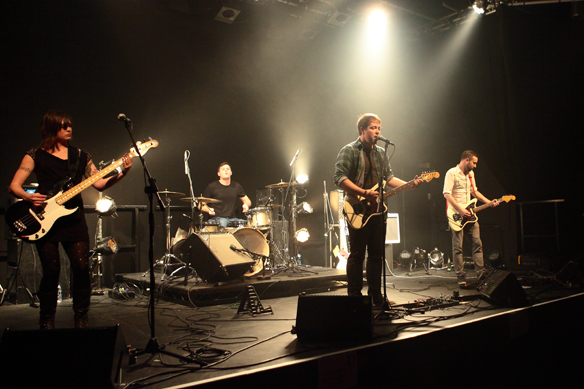 Next up were Evil Son, who we saw a few weeks ago at their EP launch at the Albert. We got a similar show: tight, spiky alternative guitar pop – let’s use the word grunge, because they do – but louder, and with better lights. There’s nothing to fault musically with Evil Son – the songs are well written and it’s obvious that each member of the band oozes talent – bassist Pepe Le Moko also plays bass for David Gedge’s Wedding Present. They’re the kind of band who you could enjoy even if grunge wasn’t your thing because what they do they do so well. 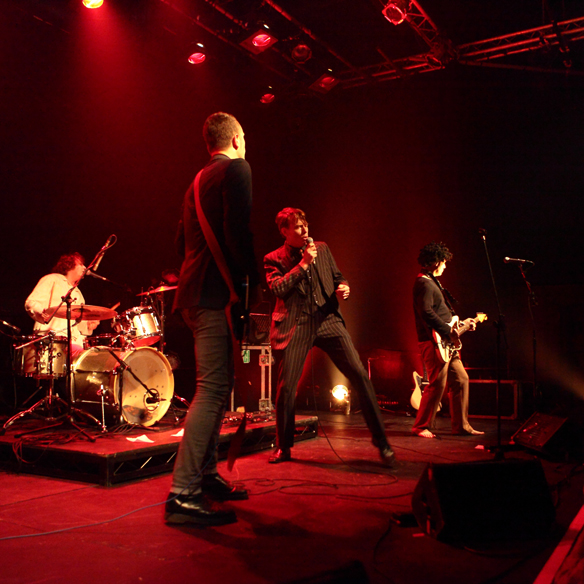 As much as I enjoyed The Evil Son (and the bits of Wildcat Strike when they weren’t shouting), the floor was wiped clean with the night’s headliners Clowns, who provided a masterclass on showmanship. A sharply dressed Miles Heathfield spent the set prowling the stage and the front few rows of the audience, with a taut muscular musical backing from the three other clowns. If you wanted an example of what to look for in a great frontman, Miles was it. No standing still trying to hide behind the microphone stand. No danger of being distracted by anything other than what was going on on stage. The start of the band’s set was deceptively quiet, with things soon turning around to show their true colours – loud, alternative rock. After a full set of their own material they return for an encore of a cover of Ghost Town by The Specials. The level of engagement from Clowns, their intensity, their energy, the volume all contributed to them being worthy headliners. Next year, Clowns will be releasing their album Macho Bimbo on Bleeding Hearts Recordings, and we can’t wait.