Last night, Bat for Lashes made a triumphant return to the Brighton stage. It’s been three years since Natasha Khan has played her hometown, but last night’s gig at the Dome showcasing her new album The Haunted Man was a wondrous thing. Brighton was the last date of her UK tour, and the audience was full of fans and friends alike. Her set was predominantly taken from the new album, with a sprinkling of tracks from her previous records, with the closing track predictably being her biggest hit Daniel. It was a real joy to see her at the Dome – the venue suited her perfectly. The stage was big enough to turn the event into a visual spectacle, and the sound was impeccable. Natasha’s voice was an absolute marvel.

Click on the thumbnails below to open open the gallery and view the pictures large: 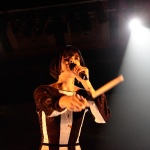 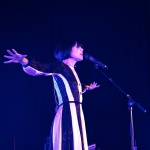 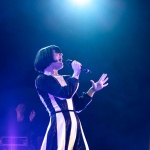 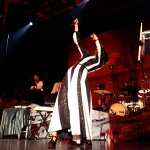