It’s the 29th of February – a day that only comes around once every four years. Hopefully it won’t be another four years until the next Tiny Dragons single, because it’s very good stuff indeed. To celebrate, they’ve put on a night at the Prince Albert.

Support came from Meatloaf at Marys, who I managed to miss, and Alice Amelia, who is a local singer songwriter. She’s got a fantastic voice and is a tremendous pianist – I was reminded of Little Boots funtimes videos she posted to youtube, or to when I saw Marina & The Diamonds live and rest of the band left the stage and Marina just played piano and sung solo for a few songs. There’s great potential there, which I reckon could be found by broadening the sound a bit more – it’s hard to keep people’s attention just with piano and voice, and even just someone else providing a bit of bass or percussion could make all the difference. 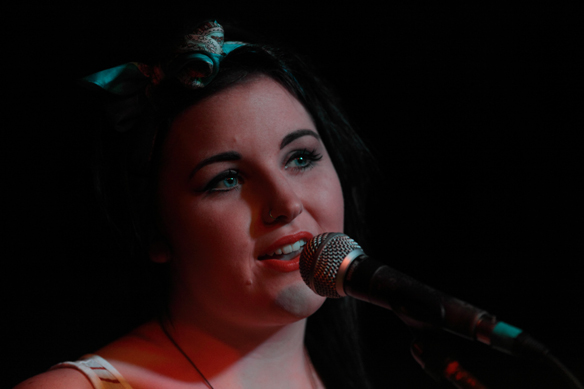 Despite only having three members, Tiny Dragons are a perfectly formed band. Unusually singer Lizzie also takes on bass duties. And they play accessible rock that’s a bit funk influenced. I need to turn this around now though, because my description so far sounds like a female fronted Level 42. Musically, the Red Hot Chilli Peppers are a better comparison, although having a female lead changes the dynamic a lot. The beating heart of the band is Lizzie’s deft bass playing and her huge, soulful voice. There’s a lot more going on with Jim’s guitar playing than you’d expect too with subtle use of delay and reverb to create a much bigger sound, while Marcus holds together the rhythm section on drums and provides backing vocals. Tiny Dragons have got a great sound, are brilliant musicians, and also played a set of really strong songs too. Definitely a band to watch out for. 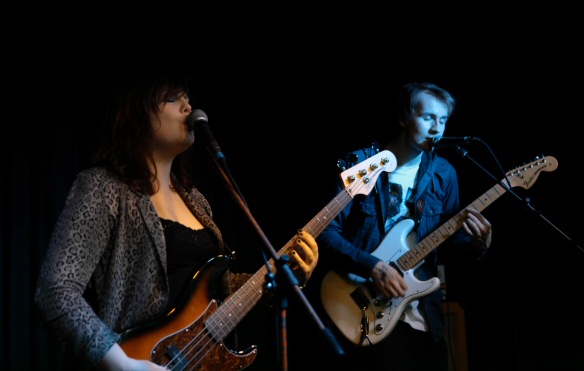