Is it the end of February? It feels more like the end of April with this weather at the moment. It’s definitely the end of the month though, which means it’s time for our regular gig preview post.

This Saturday (2nd March) Demob Happy headline the Concorde 2 playing a homecoming gig at the end of their current tour, before they head off to conquer America in the spring. Support comes from Sick Joy and Heirloom, so get there nice and early.

Stranger Girl‘s new single Wasted comes out on 4th March, and on the same day they play a launch gig at the Hot Wax & Club Fugly’s Locals night at the Prince Albert, alongside Hanya, Klae and Suzi Island.

Our Girl are back in town on Friday 8th May playing a sold out, intimate gig at the Rialto. They’re at the level where they’re selling out venues massively bigger than this, so it should be really special.

After making a comeback in 2017, Sleeper have a new album out on 22nd March called The Modern Age. To celebrate they’re playing an in-store gig at Resident on 25th March, which is handy for anyone who had spotted that there wasn’t a proper Brighton gig on their upcoming tour. 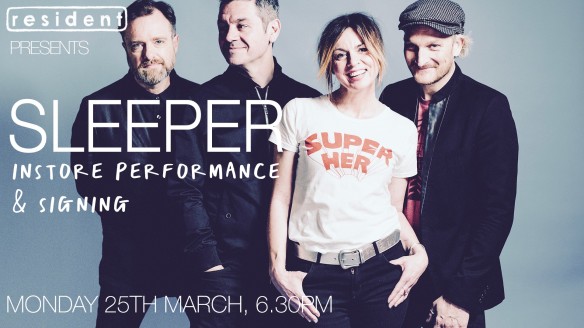 Arxx have been out on the road touring around the UK and Europe and are playing a homecoming gig at the Prince Albert on 28th March.

Finally (and this time we actually do mean finally), Abattoir Blues are playing at the Green Door Store on Friday 29th March. It’s their last ever gig, having collectively decided that they’ve runtheir course, so catch them one last time while you can.