We’re big fans of Sea Bed here at Brighton Music Blog, and when we heard that they had a new single we thought that would be a good time to catch up with them. As with most things on the blog at the moment we’re not quite as up to speed as we’d like – the single was released as a digital download at the end of October – but we dropped them a line anyway…

Hi Sea Bed, how are you?

Busy, tired and looking forward to the new year now. We have a new live rig that we’ve been putting together the last few weeks and inbetween all of that have loads of exciting gigs to rehearse for and of course… Keep writing!

Back at the end of July you announced a new single which has only just got released. What can you tell us about it?

So the single Akira is a techno pop song we finished up earlier this year and released through indie label Four Thieves. It’s kind of our first real statement as Sea Bed emphasising our love for both the underground and more mainstream artists of the last few decades, but still carrying over an air of mystery as to what we will do next release wise. We have known each other for a while now and both writing and performing with very clear intentions compared to previous projects we were in has allowed our creative freedom to flow and make something we feel is unique on record and on stage.

Is the song anything to do with the 80s manga film of the same name?

The lyrical content is about awakening and what road you choose to take with the important decisions in your life. With that in mind, there are strong parallels to the film. Realising that you have the power within you to positively alter your destiny is what the song was originally written around and in the manga, Tetsuo (the antagonist of the film for those who don’t know) has supernatural powers awakened in him but uses them for destruction and revenge.

The 12″ of the single sold out weeks before the release date. You must have been pretty chuffed with that?

Absolutely, It’s amazing to have support from a label like Four Thieves who believe in what you’re doing enough to get the music out there in whatever format possible. Most importantly it’s people like yourself who go out of their way to support and listen to new music that keeps the whole thing alive. 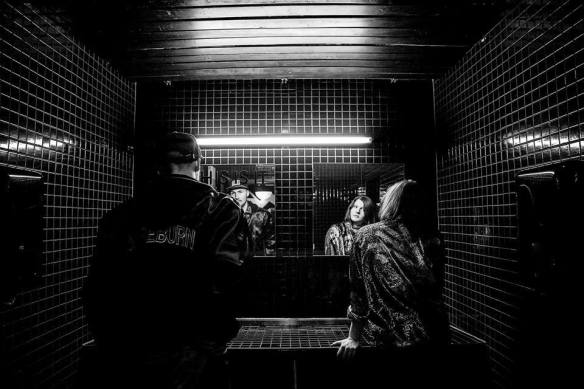 You always have great visuals at your shows, and the band photography that you’ve had done is really strong. How important is the visual side of things for you?

100%! We take it as seriously as the music and try to have a hand in everything we do so that it doesn’t lose sight of what Sea Bed is about. We have found in the past Very quickly other people can steer your image down some very unimaginative routes. I think artists had a larger window of time pre and early internet age to really craft their identity visually and sound wise but now every minute detail that is posted can be clawed back through time by search engines so we have to be completely satisfied with whatever art forms we release under Sea Bed.

Talking of live shows, I see you’ve got a date in Shoreditch in for January. Are there any more Brighton dates lined up?

Yes that’s for the Ibiza Rocks festival, their equivalent of BBC introducing which is amazing! Brighton will see us playing the Green Door Store on the 19th November and Patterns on December 10th, hopefully beta testing our new chunky live setup. 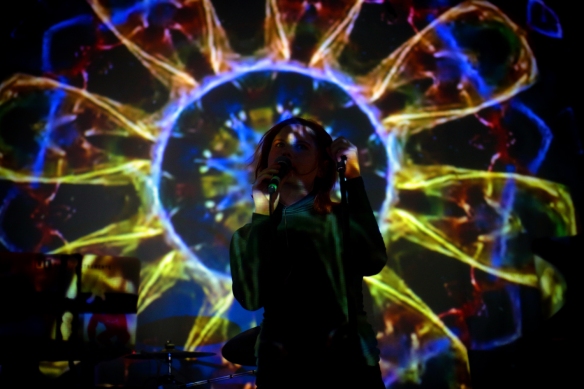 When you posted on Facebook about the new single coming out you hinted about an exciting new release coming in 2016. Is there any more that you can tell us?

Without giving away too too much it will be another vinyl and digital release through Four Thieves only we are doing a full EP with them! So all new tracks, a big remix for the A side and video to accompany it which will be early 2016 when everyone has recovered from the post Christmas and New Years hangovers.

You DJed last week at the launch party for Via Tirana’s new single. Are there any other local bands you think we should be listening to?

That was a great night, ended the party with a track by Clouds called Chained To A Dead Camel which for most of the people left in there made them lose their shit!

There are some really sick electronic acts around Brighton at the moment. We are vibing Troves, INWARDS, Karl Toon, Foreign Skin, Mount Bank and in the more traditional band world there is a mental new Soul act called Bathcat and the guys in Big Society. That and all the usual suspects like Demob Happy and our good mates in Black Honey which most people are raving about at the mo. Brighton’s got a good thing going on.