Brighton Music Blog favourites Curxes played twice at the Alternative Escape yesterday. We caught up with them just after they came off stage at The Mesmerist: 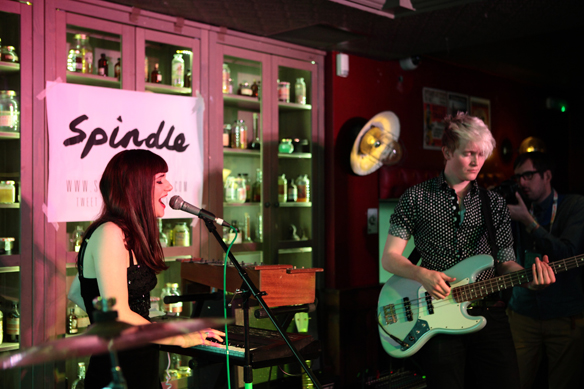 Brighton Music Blog : Hello Curxes! How was the gig?

BMB : You’re playing twice over the weekend. You’ve just played on the Les Enfants Terribles stage at the Mesmerist. What’s the other one? 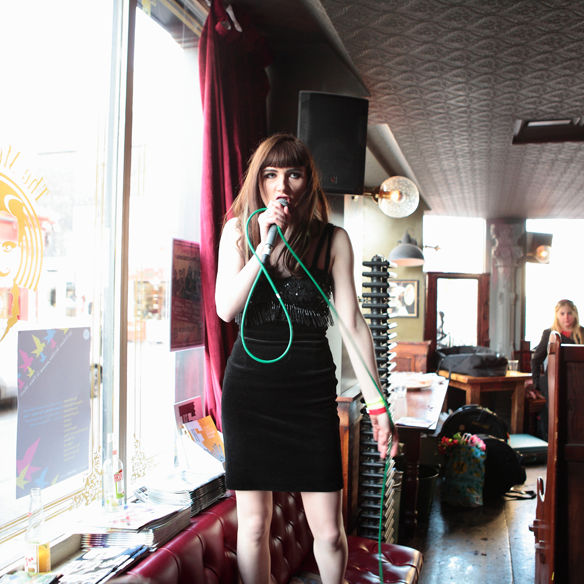 BMB : What other Brighton bands are you looking forward to seeing at the Great Escape?

MH : There’s a few bands that I really want to see – We managed to catch half of Us Baby Bear Bones who were on just before we were on a different stage. Hopefully we’ll catch them when they play again.
RF: And Chvrches as well (BMB : who Curxes remixed earlier this year)
MH : Hopefully we can get to hang out with them a bit
BMB : Anyone else, or are you just going to drop in and see what you find?
MH : Despite playing, I haven’t actually got a wristband! So it’s a bit limited as to what I can go and see! I’ll go and see as many as I can.

BMB : Your live set up now has three people

RF : That’s Raife from Strangers. Say hello Raife!
Raife : Hello!
MH : Raife is playing drums with us at the moment. I often moonlight playing bass with Strangers, so we’re doing a bit of band swapping.
BMB : When did the decision to beef up the band come about?
RF : When I couldn’t count in time!
MH : We thought it was cool having a drummer onstage. Raife is a really good mate anyway, we have a good time jamming together, so we thought he would be a good addition to the setup.
RF : It adds more to the spectacle…
MH : He’s a good looking chap as well. We never had too many girls come and see us before, but now that Raife’s with us…
RF : Now we have to clear loads of pants off stage after we play! 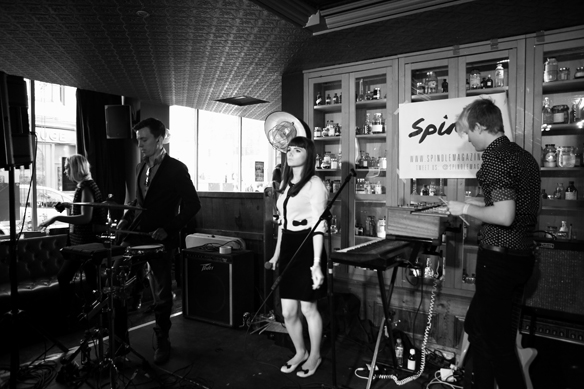 BMB : You’re starting to be described as “Blitz Pop” in various places. What does that mean for people who haven’t heard you? Where did the name come from?

MH : An obsession with the second world war, and we’re quite poppy, I suppose. It’s noisy, it sounds like the blitz. It seems to fit the music pretty well.
RF : We leave a trail of destruction in our wake!

BMB : Your latest single Further Still was also out earlier this year. What’s coming up next?

MH : We’ve got another release coming out fairly soon, possibly with a single label, but nothing’s been finalised yet. It’s a song called Valkyrie which is what we close our set with at the moment. It seems to go down well – it’s noisy, it’s got a bad-ass trumpet in it. What more could you want!