Cate Ferris has been a live favourite of ours for a few years before we even started the blog. Over that time she’s developed an impressive one woman set involving a guitar, several keyboards, flute, guiro, drum and a loop pedal.

My fear before hearing the cd was how it would sound. Would the tracks stand up without the performance element to them? Would putting the songs into a studio setting make them lose all their charm?

Thankfully there’s nothing to worry about, mainly because the one constant throughout everything isn’t affected all. Cate’s warm rich voice is what really elevates the live sets, and hasn’t been held back on the recordings either. Under the watchful eye of Tim Bidwell (who’s also produced the likes of Jennifer Left and House of Hats) the vocals are at the fore and a band has been put together to bolster the sound that Cate makes on her own when she plays live.

Leave a Light On is a sad acoustic number with lovely strings. Trapeze is almost circus-like with it’s flute flourishes. Condensation is the track the gives the EP it’s slightly wordy title, and is a more upbeat stomper. If you’re wondering where you might have heard Doll on a Music Box before then, yes, it is from Chitty Chitty Bang Bang!

Cate’s EP is out now and available through Bandcamp 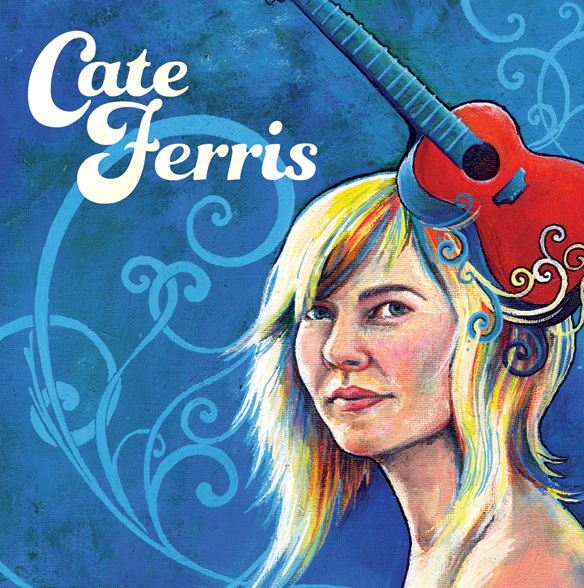