Normally I hold off on writing about things until close to their release date – it always frustrated me reading articles in music magazines about tunes I wouldn’t hear for weeks and weeks. And I figured that it’s better for the bands too – a reminder about their releases close to when they come out might improve their sales a bit, allowing them to make more music for us all to enjoy. 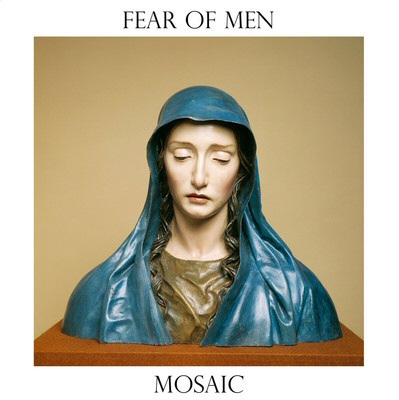 But I’m throwing all that out of the window today, because the new Fear of Men single has just dropped into my inbox, and I want to share it with the world. It got it’s premier earlier today on Pitchfork, and it’s up on Soundcloud for everyone to enjoy. Hot on the heels of Green Sea which came out in May, Mosaic is a bit brighter and airier than it’s predecessor, and is sprinkled with samples over the band’s now trademark guitar pop.

Mosaic is being released on the legendary Too Pure Records and comes out on October 15th on limited blue vinyl. You can pre-order it from Resident here. Fear of Men are having a launch party for the single at the Green Door Store on 20th October, supported by Hundredth Anniversary.

If you’re reading this outside of Brighton, and wishing Fear of Men would come and play near you, you may be in luck – they’re also playing the following dates: