Before last night’s gig I’d had a listen to The New Union on soundcloud and what caught my ear was the slick production. Great studio production isn’t a guarantee of a great live performance though, so I was impressed by their display supporting Clock Opera. All dressed in black, the group gave the impression of a band with a unified look, rather than just four guys who happened to be on stage together. The songs were well written, obviously well rehearsed, and sounding tight. If anyone was looking for Brighton’s next big guitar pop hope after The Maccabees, they need look no further than The New Union. 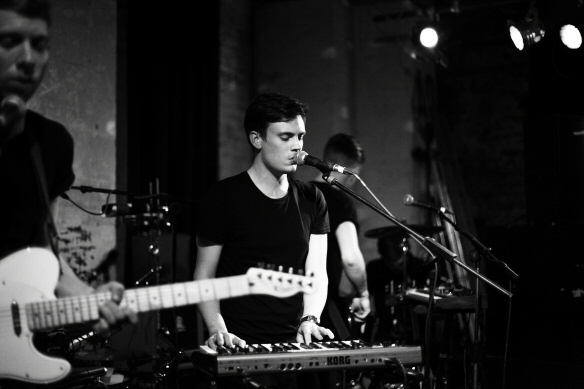