It takes a lot to persuade people to come out on a freezing January evening, so Juice pulled out a few stops for the first New Music Night of the year. Opening act Moya released her acoustic debut EP last year – I posted the video of her covering Primal Scream’s I’m Losing More Than I’ll Ever Have the other week. Apparently she’s in the studio at the moment, in a room next to Wiley, who’s interested in a collaboration of some sort! Vocally, Moya’s a less annoying Duffy – earnest singer songwriter stuff. She had another musician onstage, sitting behind a drum kit, but next to a keyboard, and who obviously fired off a lot of the backing tracks. Meanwhile Moya stood out front without even a guitar to hide behind, so she made do by wearing a big brimmed hat, making it near-impossible to see her eyes. 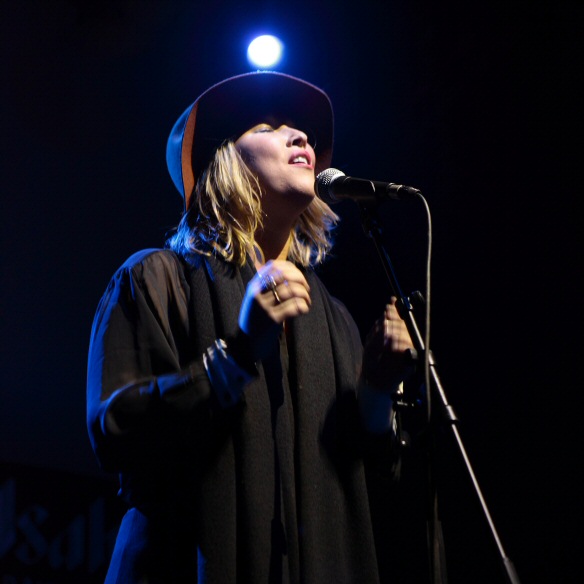 The second band of the night were Native Roses, whose website claims that they’re “a troupe of young bohemians”. In reality they’re an indie rock band, most notable for the band member who left when she got her own record deal – the drummer’s sister is Birdy, who made waves early last year with Skinny Love. Without her, they’re still a band worth looking out for though. 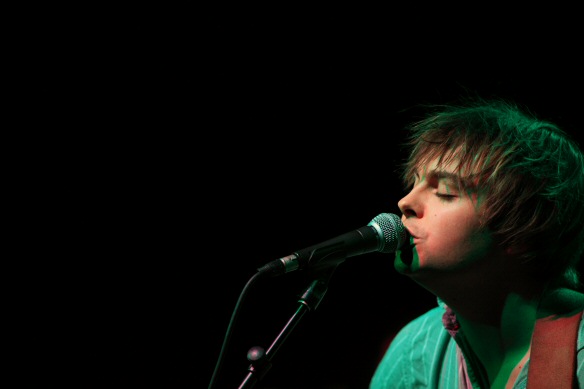 Headlining were the Bobby McGee’s, who are a band who could only really exist somewhere like Brighton. As much cabaret as music, with a dark, dark streak that runs through them, but at the same time a veneer of wide eyed innocence. Twee-core, they call it. You may have seen the Bobby McGee’s around town before but not as you would have seen them last night. The story is that Jimmy McGee was talking to someone at Jazz FM, and somehow ended up telling them that he had a Swing Band (he didn’t), and consequently got this non-existent band booked for a Jazz FM Christmas Party. The band had to move quickly, and have bolstered their members, and last night brought along a troupe of swing dancers. (note to Native Roses – that was what a troupe really looks like!). In their set which barely lasted three quarters of an hour, they rattled through dozens of songs, each of which showed a different side to their wit and charm.