The West Hill Hall in Seven Dials has seen many a legendary music performance and Sunday it was host to the fourth Midwinter Picnic, an all-day music event run by Chris TT and his partner Rifa.

Midwinter Picnic and Chris TT embody much of the Brighton music scene ethos – a DIY spirit of people working hard, and for free, for the love of music. Midwinter Picnic was also a conscious-raiser with a number of protest singers on the bill, as well as a fundraiser for Amnesty International and Arts Emergency Service. And of course, the venue, the West Hill Hall, our city’s equivalent of a village hall, was the perfect venue, intimate and warm, and the very definition of low-fi and community.

If you know these performers, you know that their music speaks better volumes than any review ever could – so this isn’t a music review. What it is, is the flagging up of a most definitely Brighton event that deserves your future attention.

Artists came from all over England to play and a number of Brighton acts were on the bill, starting with Danny Kendall, the band fronted by former La Frange drummer Ben who has “done what all drummers want to do, sing”. The three-piece make a melodious and seductive sound and ‘We’ve Never Been to Singapore’ in particular has the ring of a lovers anthem to it. 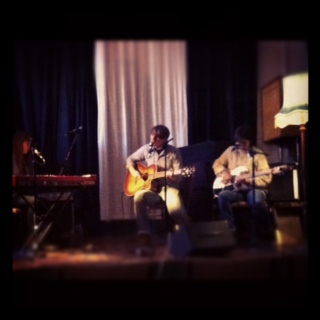 The “disgusting uncle” of Brighton pop, as named by Chris TT, Stuart Flynn was the next Brighton singer to perform. Emblematic of Midwinter Picnic, his songs and poems-to-music took us around another musical turn. He used the stage as a prop to his performance, not just a platform to sing from and the first use of the piano made me realise what Midwinter Picnic had been reminding me of – a (well) programmed piano stage at End of the Road festival. By that I mean a stage for an eclectic range of singers and music, being given egalitarian space to perform. 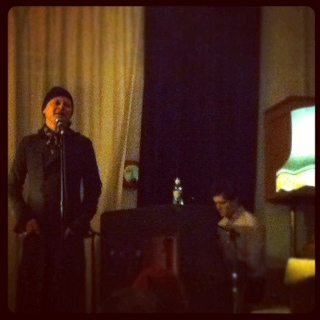 Our next Brighton act was Chris TT. He took us through some of his torchbearer and protest songs and ended with his sublime songs of AA Milne’s poetry. If you were lucky enough to see him perform those last year, you’ll know how profound an experience that is, the poetry of our childhood sung in Chris’s plaintive, powerful and searching voice. 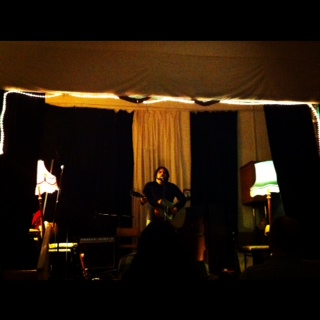 Last Brightonian, and last act of the night, was legendary Nick Pynn. A wall of stringed, looped sound that took us across the globe in its inspiration. Highlight was his introduction of the coco-lele, creating from it not just an immense prog rock guitar sound but a lilting and gentle folk instrumental.

The next events for Midwinter Picnic are a night in May at the Friends Meeting House and an outing for Chris TT’s Jeremy Clarkson concept album, and ‘An Evening with Jim Bob’ in June.