Lutine launched their album ‘White Flowers’ at St Laurence Church in Falmer village on Saturday night. It was a fitting setting, and not just because it had also been their recording studio. Their music has an ethereal choral quality, and draws on a pastoral rural tradition that seemed right at home in the plain 19th century country-church setting. 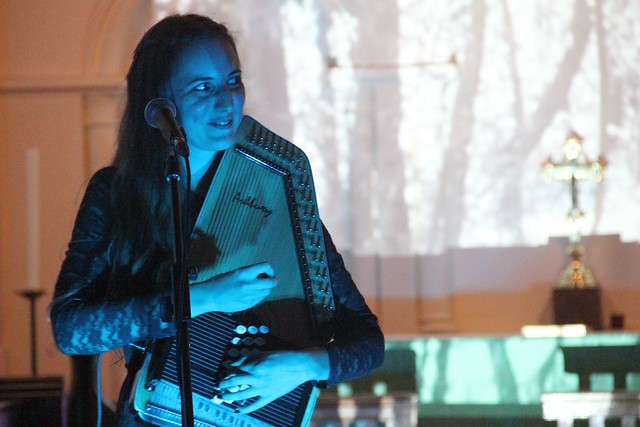 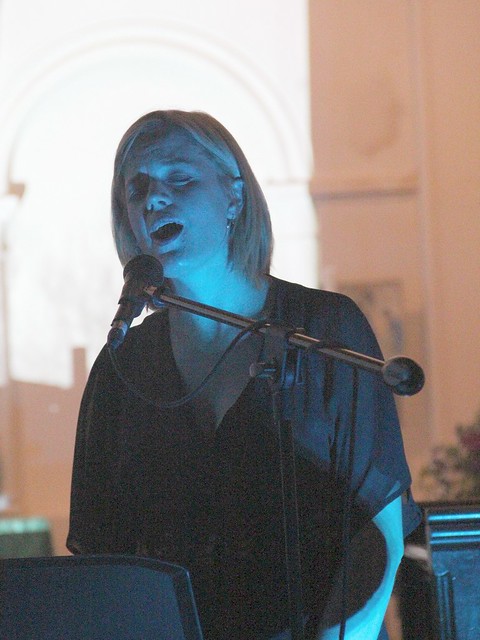 We’ve already been enjoying Emma Morton and Heather Minor’s excellent single Sallow Tree, which sounds like nothing else we’ve heard of late.

The album is full of more of their beautiful vocals and harmonies, accompanied by subtle instrumentation which has been likened to medieval music but is made on an assortment of modern things, including a harmonium from India. The opener Espera has a deathly hum running through it which adds to its haunting feel. ‘Death and the Lady’  seems to take the melody from that ancient song ‘To be a pilgrim’ which was a common tune back in the day when hymns were the lingua franca of morning school assemblies and buries it under twigs and moss and meandering daydreams before pulling out a haunted skeletal song. But this is not a gothic melodrama of an album, it’s a subtle collection of rare folk melodies. There are hints of early English music, country folk songs and 1970s horror soundtracks (a candyfloss version of the Wicker Man perhaps). A particular favourite is ‘So it Goes’, a kind of Que Sera Sera for ancient times. But most of all the album reminds me of those obscure alt-folk albums made in the early 1970s, comfortably English and yet enigmatic and located in a mythical time and place. it’s an excellent enjoyable debut and well worth checking out. 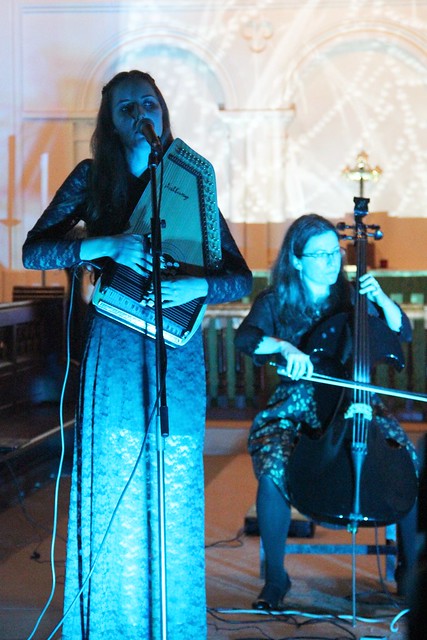