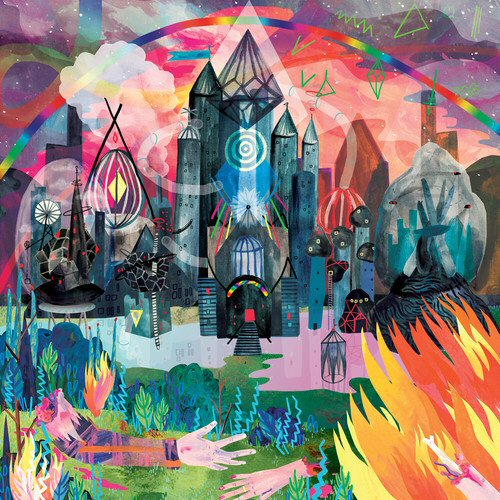 One of favourite live bands P for Persia take on side A with three tracks – Rainbow Flux, Saint Luanne and Uncanny Valley (see video below). Side B passes the baton to Speak Galactic, who we’ve raved about on many an occasion, who only contribute two tracks – New Inventions and Magnified Destiny – but the latter does clock in at around 18 minutes long.

Both bands deliver out there soundscapes that complement each other’s sound really well – P for Persia’s are more guitar based, punctuated with their trademark 8 bit bleeps, Speak Galactic’s start off more synth based, but there’s definitely saxaphones in there and seeing their live setup who knows what’s going into making the noises they do.

The EP is coming out on translucent purple 12″ vinyl, or as t-shirt with a download code. The release party is next Friday at the Green Door Store, where both bands are playing, with support from Cousin.