Before Christmas we caught up with Nick Hudson to talk about his new project Letters To The Dead. Unfortunately we forgot to press record, so a couple of weeks ago – coinciding with the arrival of vinyl copies of the album – we met up again to discuss what Letters To The Dead is, and this time technology didn’t get the better of us. 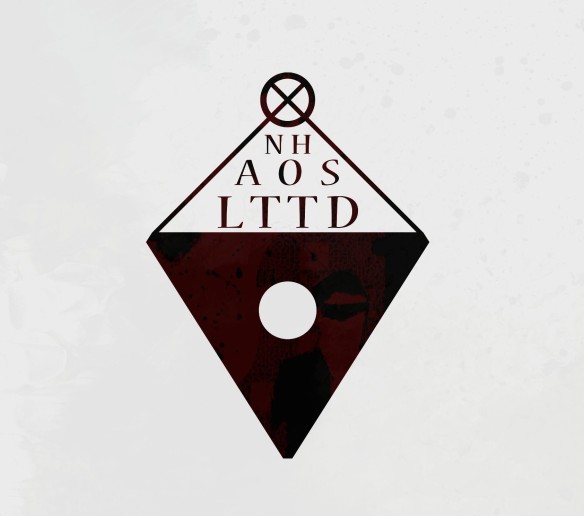 Letters to the Dead is a multimedia experience:
“Work on the album started out as a kernel of an idea about two years ago where having just done a fairly personal album, I wanted to write something which had very little to do with myself, directly at least, and then filter that and refract it through various different media, and release it as this big, what Wagner would call a gesamtkunstwerk. So release it on all these different media, and see how the narrative was augmented in people’s minds by having it available in different media, see how they all interact. So it was always designed as a piece of music, but I also knew I wanted to make a film, I wanted it to be a performance piece as well, I’ve been skirting around the term opera because that comes with so many connotations that I don’t necessarily want to factor. I knew I wanted to have specific audio strategies involved, i.e. only record using acoustic instruments – real piano, which required a lot of waiting time because I was blagging my way into studios, etc. – very little post production, very little compression just to give it a spacious feel. I’ve been listening to loads of later Talk Talk – The Spirit of Eden and Laughing Stock albums – and they informed the arrangements.”

Letters to the Dead is a story:
“In the prologue the mother abandons her child in the forest. She has no maternal compassion for this child, and plays a game of hide and seek and wanders off and leaves the forest. She’s at a point in life where she realises that she probably doesn’t want a child, it’s an extremely cold act, but she does it. The first act is where we see the father who is a writer who never met the child and is long estranged from the mother / wife with his writers desk moored on the rock pools. He’s writing open letters to the child, and he folds them into origami sampans, huge boats, and he sails them out to sea like a message in a bottle and they’re intercepted by three ocean dwelling sprites who are evolved forms of these babies who were abandoned in the seventies. In the film there’s a bit of news footage that details this of this cult who were formed by a bunch of radical pseudo progressive hippy fathers as a bid to combat overpopulation and they would abandon their newborns – there’s a song about this called Anchorman on the record. So these grown up undead child / adult figures intercept these letters and assume that they’re addressed to them, and get they get summoned in a séance, which is the middle act of the narrative. I figured a séance is a bit like a trial, so I have the same person in the film and the album playing the mother as we do playing the medium. These sprites are invoked by the séance, responding to these letters, and they come ashore and they writhe around. Then the father turns up and acts as the judge, and they have this huge fight which also manifests as a trial. The three ocean dwelling sprites are jurors, the judgement is passed and it is decreed that the mother should be banished into the ocean. It’s basically a story of her going mental having abandoned her child, so the final scene is of her walking to the sea gazing wistfully and mournfully out to the horizon under a slate blue sky, turns around and hallucinates the husband standing behind her looking very earnest, then walks into the sea and drowns. Or joins the undead sprites and her child, depending on your interpretation. It’s a cheery opus!”

Letters to the Dead is a collaboration:
“Across all the formats there’s around thirty or forty people involved. Just from Brighton, Ingrid Plum contributed some really nice soprano vocals, Cara Courage appeared in the film and offered huge production support in terms of applying for the Arts Council grant which we didn’t get, but her support was invaluable, Thomas White is in the choir, Stuart Warwick ex Jacob’s Stories is in the choir, Joshua Clark-Legallienne, who’s a really astonishing experimental guitarist and composer helped me enormously in producing the piano parts and generally arranging the record. It’s very much a Brighton record in so many ways.”
“It’s much more of a collaborative effort than previous releases – Most of the other musicians involved, especially those that I wouldn’t see every day, were mailed a skeletal piano or guitar part and told to do what they want, because that’s what I think collaboration’s all about – instead of imposing your strict authorship on their contribution, let them make their personal interpretation. Some tracks are collaborations with Kayo Dot http://en.wikipedia.org/wiki/Kayo_Dot and I gave them no direction whatsoever. In some cases, I said Do the opposite of what you think I want to hear, and it worked out really well. And it also really challenged me – Toby Driver, who’s their main writer, contributed a piece that was so deliriously off kilter that I couldn’t even incorporate it into what I’d sent him, so I built a new piece around it.”

Letters to the Dead is an album, on limited vinyl and cd, and download:
“We’ve pressed up 500 cds and 300 vinyl. The DVD of the film comes with the vinyl. It’s also on bandcamp as a download. And when I can gather the funds, it’s also going to be a libretto booklet featuring loads of the artwork, plus additional new artwork, all of the lyrics and extra text as well, and some of my additional sketches as well. It’s a co-release between myself and Antithetic records who are a Florida based DIY label who put out much heavier stuff than mine. But there’s a darkness which I guess suits their aesthetic though.”

Letters to the Dead is a film:
“I’ve love film as much as I love music. I don’t work as much in film as I do music, but I am doing an MA in film making as well. Having started the MA in film making around the same time as I started working on Letters To The Dead, I was thinking a lot more cinematically. Also I get bored of just putting our records – I think there’s so much more you can do. I don’t feel constrained by being a musician at all, but I’ve always thought very visually. I’ve made a few films in the past, and this whole narrative derived from very specific and strong visual motifs and so I figured it was worth making into a film. We spent most of last summer shooting and it was some of the most exciting few weekends ever. So much fun. Everybody was in so much accord, it was a really harmonious production, given people were doing it for free essentially. Those shoots were wonderful. Many happy memories.” 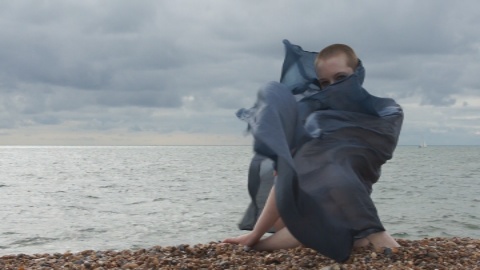 Letters to the Dead is a performance:
“Letters to the Dead was designed as a performance piece as well – premiered it at St Mary’s Church in Kemptown. We had the film projected, we had a ritual procession for the first thirty minutes as the audience walked in, accompanied by a drone piece – a three minute piece of the record slowed down to thirty minutes. We had the three sprites dressed in silk with white face paint, proceeding around the church with these gigantic Letters To The Dead folded into origami boats as the audience enter, which really silences them as they see the performance is already happening as they walk in. It switches their mode of perception immediately. After that we walk on stage, we perform the album, and all the while there are televisions emitting static all around the church, which we filled it with candles – we did no risk assessment, obviously. We had the film projected, and we had the desk that was used in the film, which had the three boats put on it eventually. We’ve been asked to take it on tour to the US and we’re going to hopefully take a lot of that with us. We’re hopefully playing LA, San Francisco, Portland, Seattle, then shoot over and do New York, where the members of Kayo Dot that contributed on the record will hopefully be performing with us, and then to Boston and Florida where the label’s based. We’ve also been asked to present it at the Camden Roundhouse, on May 10th, which is a big thing”

Letters to the Dead is Crowd Sourced:
“We used Crowdfunder, which is a UK equivalent of Kickstarter, and if the target isn’t met you get none of the money – it’s only debited from the contributor’s account once the target is met. Really good service – I gave them a quote saying how impressed I was. We made the target and exceeded it by four hundred pounds which was wonderful – we raised sixteen hundred pounds. We gave it two months, and a week before the deadline we’d only raised about thirty percent of the target, so we were all getting quite despondent and thinking will this happen? And then over the course of the last week people just started throwing in a hundred quid, fifty quid here and there and it really mounted up really quickly. And even after we’d met the target people were still putting in big amounts.”

Letters to the Dead is fourth in a cycle of five albums:
“There are quotes littered throughout all four of the five that are completed so far which link them all. There are tracks that are re-done too. The opening track on Letters to the Dead is Bad Atoms, but it’s a setting for five part brass arrangement and choir. On the previous album, TERRitORies of disSENT, it’s a song for piano and voice. Track four on Letters To The Dead refers to “my antique son”, which is also the title of album number three. So they all intertwine, thematically and musically. It looks like album number five will be my Blood on the Tracks! It’s obviously one of the seminal breakup records – I’ve just split with my partner, which is sad, but it’s given good shape to the album cycle because the first album, Territory To Descend was a breakup album as well, so bizarrely it’s created this wonderfully elliptical coherent album cycle shape. So we’ll see how that comes out. It’s all very new at the moment, and I’m writing very quickly. I want to capture some sort of very quick lightning in a bottle energy. Letters to the Dead took absolutely ages.”