It’s difficult to know where to start writing about Restlesslist, because there’s no one quite like them. At the same time, there are both no points of reference but also dozens of points. There’s psychedelia, surf rock, post rock, prog rock, ska, calypso, easy listening, exotica, italo-house and spoken word, quite often all in the same song. I first came across the band at Sea Monsters earlier this year, and loved the fact that they had so many people onstage, including a narrator wearing an eye-patch. Last night they launched their new album Coral Island Girl at a gig at The Haunt. 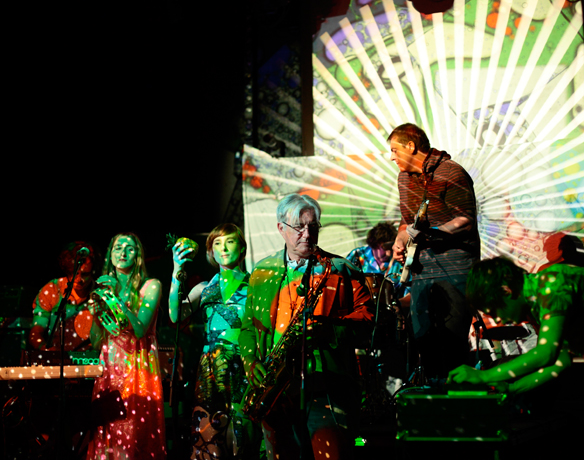 The gig was fantastic. Once again, the stage was packed (how on earth did they fit everyone onto the stage at the Prince Albert?), and rather than being a studied affair it looked like everyone onstage was having a great time. The audience were having a great time too. Well, most of them were – there were some very puzzled faces at the back. The gig that Restlesslist chose to launch their album at was a support slot for American band Howlin’ Wolf, and it seems that some of their fans were… Well, let’s just say that maybe their musical horizons aren’t wide as Restlesslist’s. If any of their fans end up reading these words, my advice to them is to look beyond check shirts and long shorts – there’s a wonderful world out there waiting to be discovered. Visuals were provided by Innerstrings Lightshow, who splashed the stage with 70s style projections in bright colours, adding to the already trippy experience of the gig. The band played their album from start to finish, without breaks between the tracks – that’s where the narration is – or any encores. Well, support bands rarely do encores, do they? 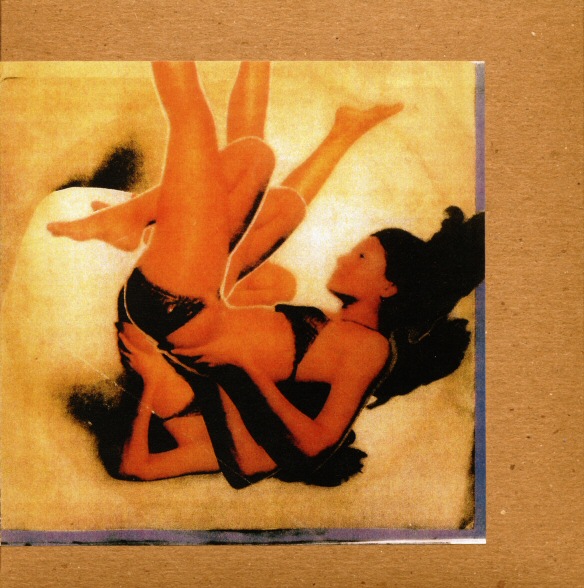 Coral Island Girl is a concept album. It recounts a tall tale told from the perspective of the album’s narrator of events following a shipwreck. Between each short spoken word segment, the story continues in instrumental form, conjuring up imagery of wonder or excitement, with the musical and non-musical elements complementing each other perfectly. As the story develops, the drama is heightened, and the tension mounts until it reaches it’s explosive conclusion. As I mentioned earlier, the album is jam packed with different styles but familiar motifs crop up throughout which give the record a bit of consistency. It’s an exhilarating listen – as imaginative as it is expansive – and deserves to be digested in one sitting. In a world where mp3 culture has reduced musical attention span to three minutes, it’s a joy to hear an record like Coral Island Girl. Definitely one of the albums of the year for us.